It would be nice if Pro Motion came with a default global brush container of generally useful brushes.

New (or lazy, like me) users can start using the existing brushes without needing to set anything up or to know anything about how Pro Motion’s brush system works. Would provide an easier introduction to the brush system. Most other image editors provide a default brush library.

Which brushes would you suggest?

For starters could go with the brushes from DPaint and GrafX2 that are missing from the builtins. 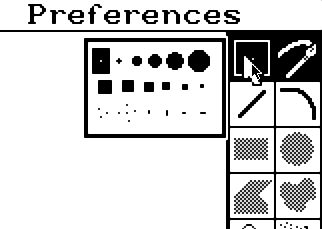 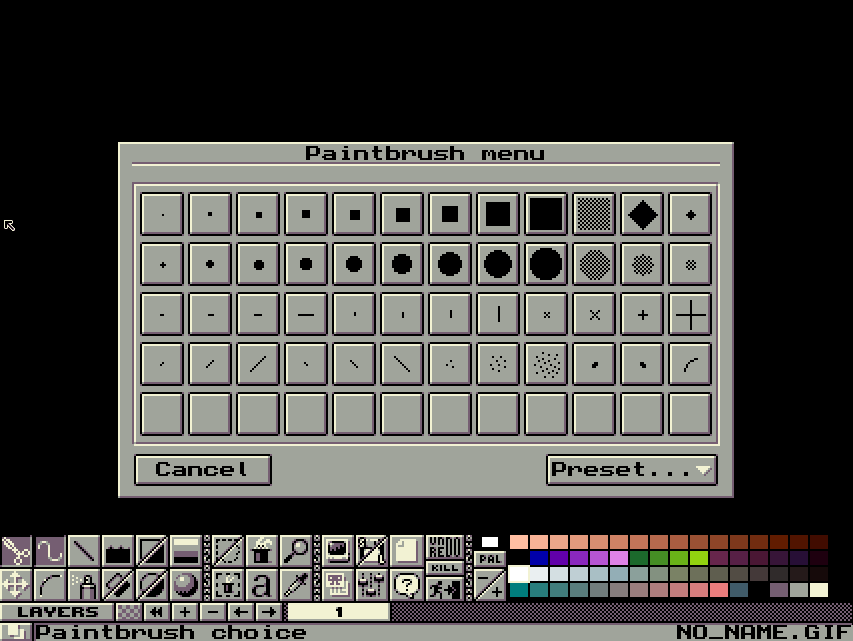 If brushes could be used separately as patterns (stoke using Brush Pattern fill mode) then there’s a whole heap of patterns that could be added too like the sieve patterns in DPaint and GrafX2. Could also be used as source for custom dither patterns.

If I were in charge of development of all the different competing programs people use to make pixel art, my biggest contribution to the evolution of good practices in the medium would be to replace the basic square and round brushes that all these programs have with these 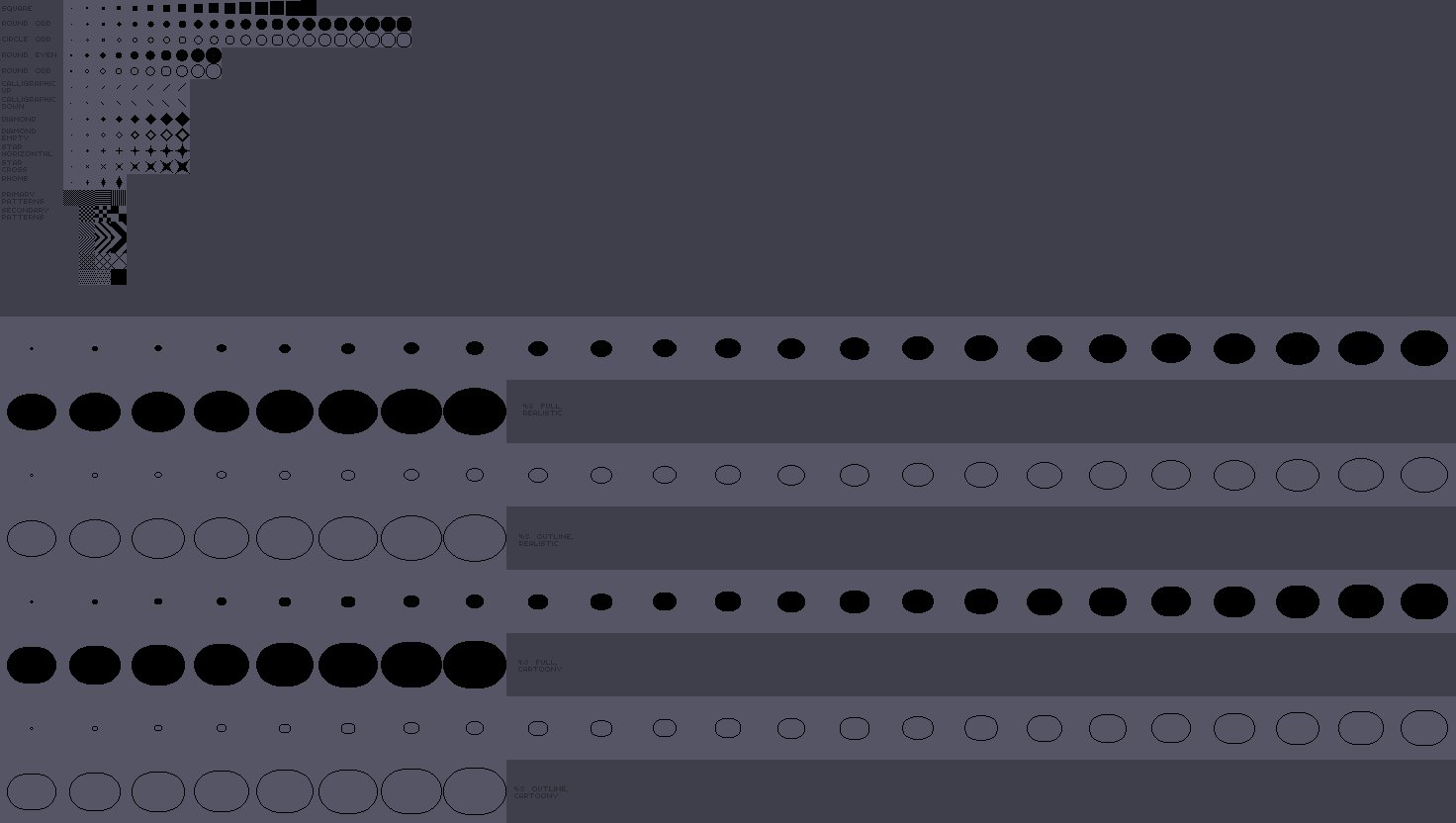 I imagine this could come in handy @aseprite @davidcapello a collection of brushshapes and ellipses I use a lot https://t.co/vsJoCyM7J1
Morintari March 20, 2018, 5:20pm #4

Please Jan, also have the option of not using any default brushes because i always create my own.

You probably would be able to clear out the brush container if you’re so inclined.

Tell you what, how about someone would make a shared folder on Dropbox with a brush container file, then people could add their own brushes, re-save it and it would serve as a community brush library?