The pattern drawing feature is one of my favorite “game-changers” in PMNG, which helps make it more useful for pixel art than Photoshop.
As is, it’s great, but if while zoomed in to at least 1x zoom, if PMNG would render the pattern endlessly in all directions it could be even better.

I typically set it to something like this, so I have enough tiles touching and I can easily see my tile repeating edges working (or not working): 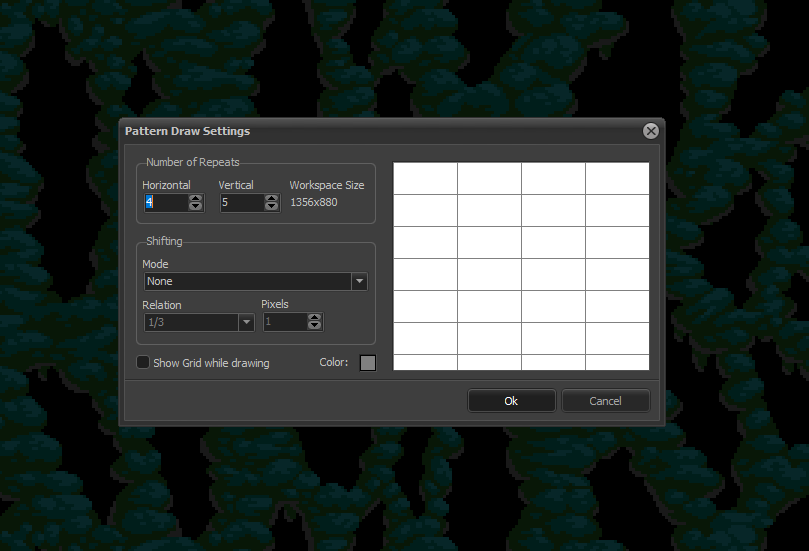 What always happens to me though, when working on the tile, is I’ll eventually make my way to the outer edges of the canvas and have to pan back inside the tiled area where it’s safe to draw and I can be sure my continued changes are screwing up the tile’s seams/edges. 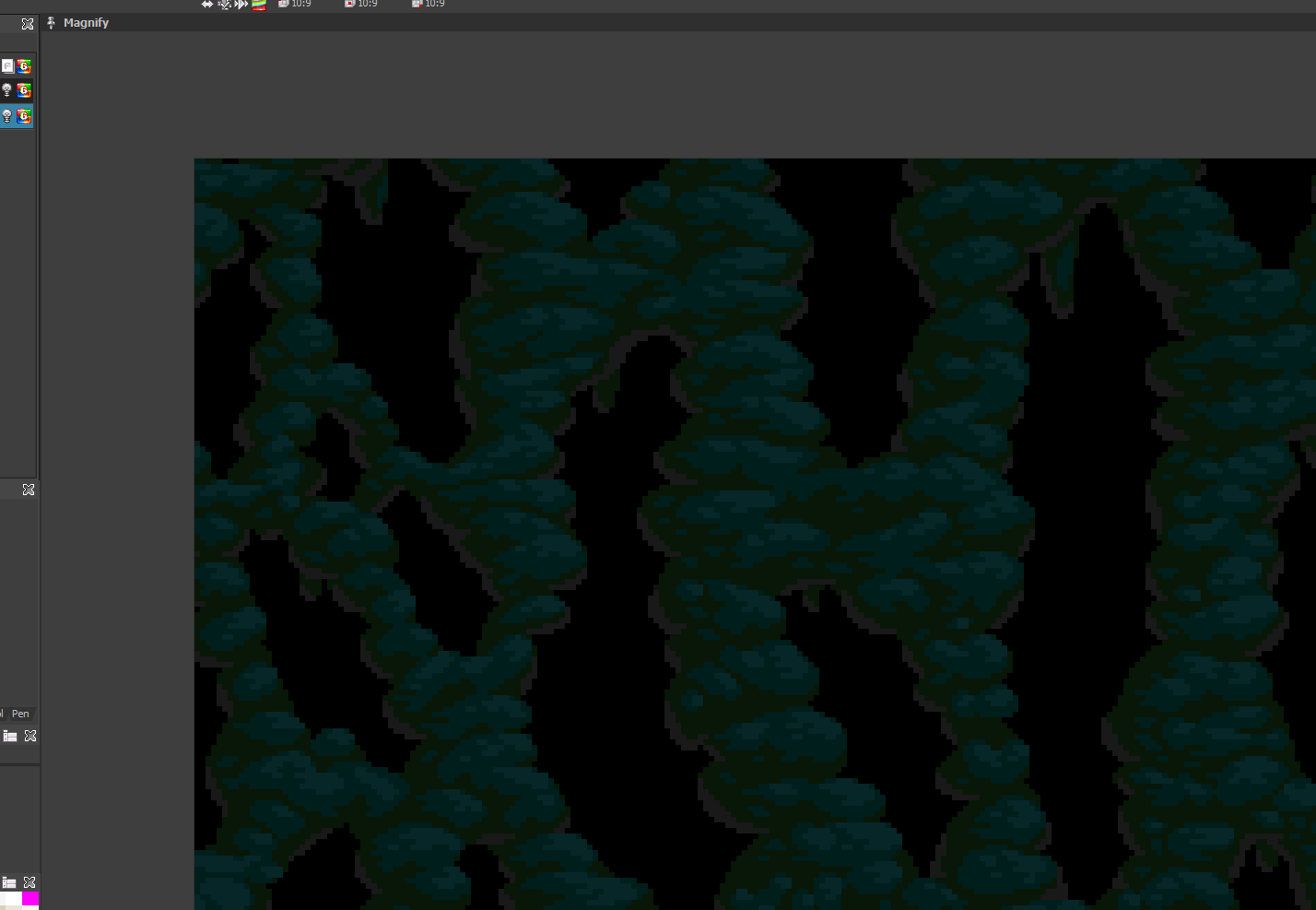 Not really a problem, but if I could endless pan in any direction and never see the tiling texture’s limits that would ideal.

This particular tile, this is most repeats I’m allowed to go: 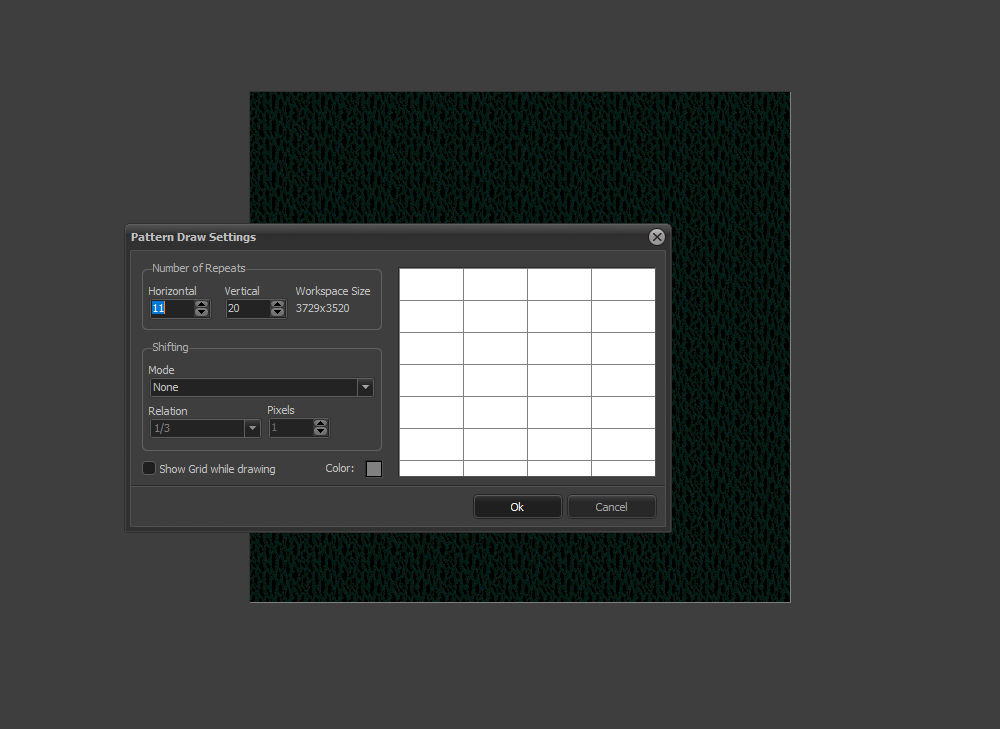 1000×729
Performance begins to chug. Hence the idea to not attempt infinite tiling unless user is zoomed to at least 1x or more. Infinite tiling would only be useful if zoomed way in working anyway.

Of course, nothing in computers evers deal with anything literally infinite, so what PMNG might do is only draw tiles when needed, as user pans, just like a game engine culling tiles outside the viewable area.