. . . It’s easy to mistake the tilemap indice number seven for a number one. In fact, it’s technically impossible to know a seven is a seven unless there’s a one to compare glyphs.
It’s a mistake you probably make only once, which I did while learning PMNG’s tilemap features. 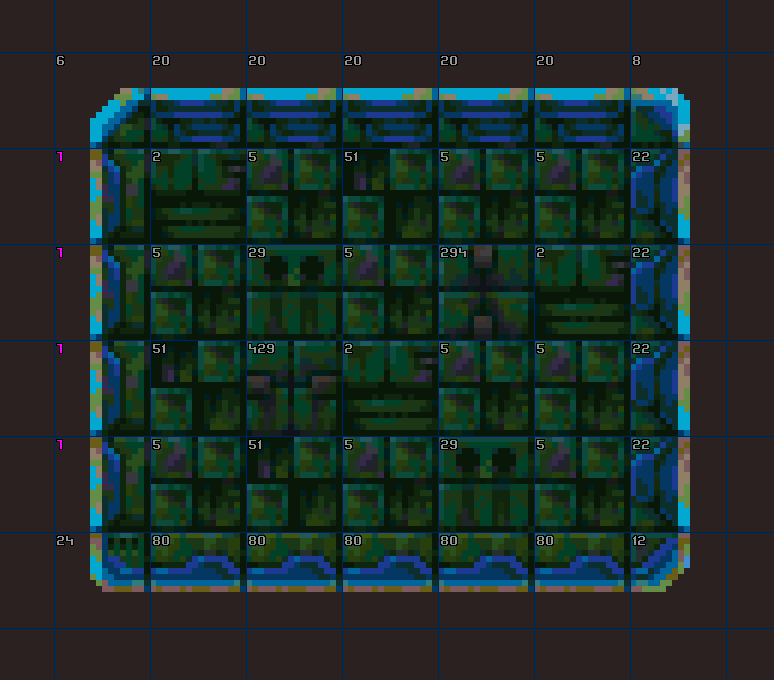 It’s a common glyph appearance mishap, like confusing an uppercase i with a lowercase L when written with a sans-serif font.

Could save newbies some possible confusion with a quick n’ easy bitmap font update to PMNG’s tilemap indice font: 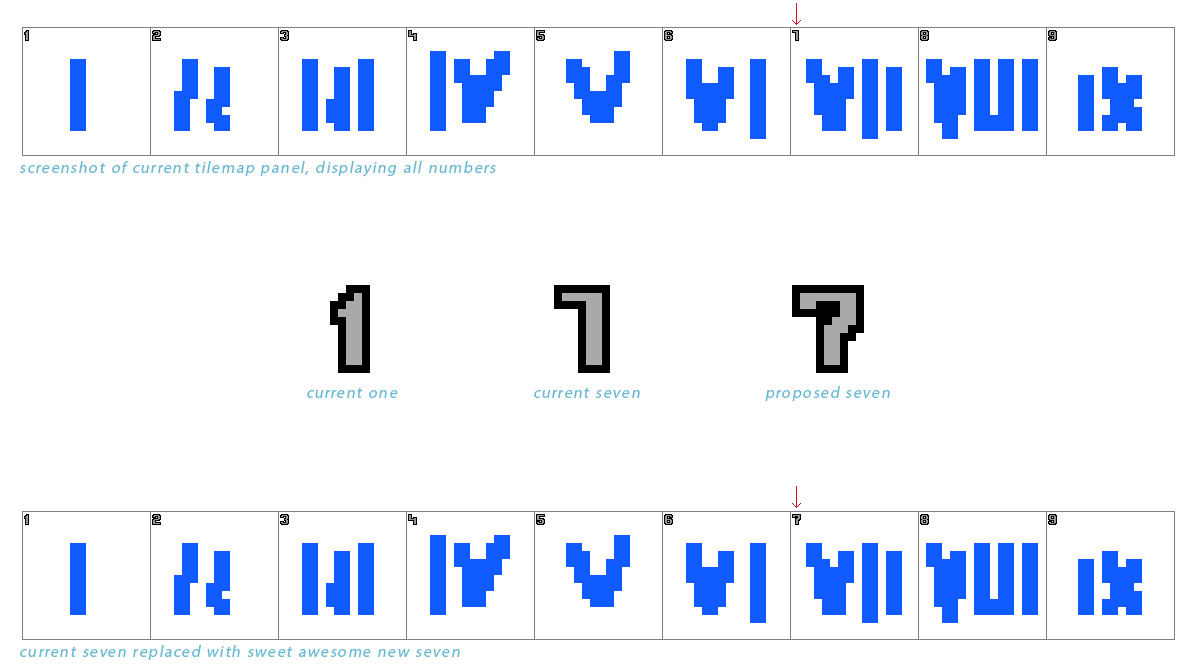 Let’s beef that poor anorexic little 7 right up. Who’s with me!?

please open the file “fonts\system-font.png”, watch the tutorial https://youtu.be/RRi2AhUHH7A to understand how bitmap fonts are created/edited.
Change the 7 (and/or any other numbers) to your satisfaction.
Store it to the file again.
Restart Pro Motion.
Send the file to me so that I can include it with the next update

Thanks! Font added for upcoming 7.2.6