Hi this software seems really amazing except i wouldn’t use it for >exactly< pixel-art but the global brush container makes it extremely extremely powerful for my use case, but the lack of paint.net-like curve tool is a moderate bottleneck to my intended workflow with it, and the palette based color workflow really finishes the nail in the coffin for me as besides pixel-art uses its extremely limiting (though i understand it may be hard to implement the color wheel or more standard color picker type thing). Besides the paint.net line tool I would love if it was possible to do lines/brush strokes like this:

ffUybHx.gif612×616
but with it being smart enough to follow the path so i could have end result like this: 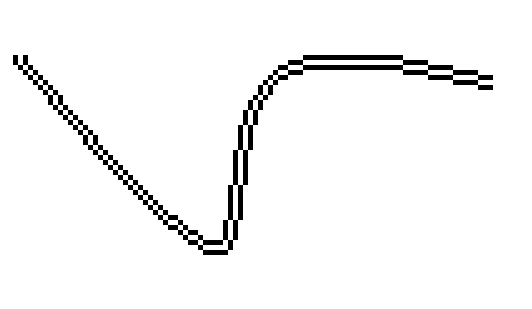 but without doing it over and over and over again manually (which is what i have been forced to do in paint net), in general if you could have brush container brushes follow like that it would be sooooooooo powerful for my work, for example i could create a brush to make like belt/strap or piping effortlessly, and having proper color wheel would allow me to shade them for my work too so it’d be extremely powerful, for example right now all those yellow “lines” you see here: 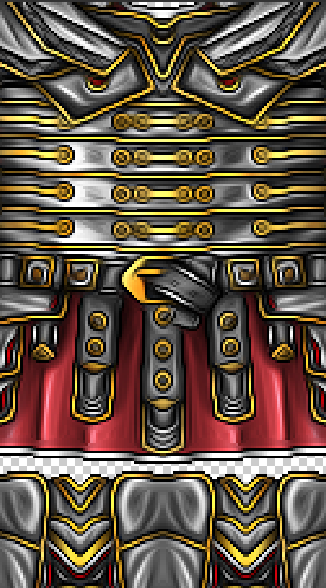 DZVDVth.png326×588
had to be MANUALLY “trimmed” like that manually like in the 3rd pic, every. single. line. So as you’d imagine it’d be extremely useful for that, also you can see how in that it really would benefit from more standard color picker/wheel too, i understand if the developer is not interested in that stuff but i think it needlessly limits the amazing more niche use cases that aren’t pixel art for its features. thanks for reading if you did, sorry for length. (I had to cut out some of my showcase/demonstrative images due to new user 4 images limit, also not format one of them)
Abyss 2020-08-28 10:24:59 UTC #2 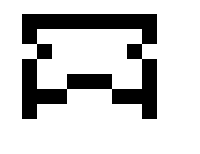 9AcSjze.png190×595
(Keep in mind those “pipes” are all straight rather than following the path of the curve like my request)
Its just extremely inconvenient for my workflow to do it very manually, vs eyeball super quickly with something like: 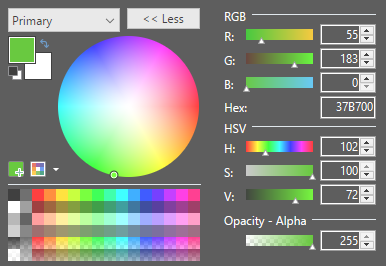 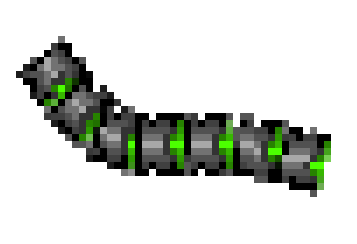 Whats up, Abyss. Good post.
I’m just another scrub around here but I think both your suggestions do highlight areas where PMNG could be made better.

Current curve tool can only create one bezier curve. Even Microsoft Paint’s curve tool allows applying two curvatures to a line so you can create a nice ‘S’ curve in one step. I too wish PMNG gave us more convenient curve drawing.

While not as convenient as other programs’ curve tools, PMNG does enable us to make decent-ish curves if we create them step by step. Here’s some tries - I always do this type of thing on a new layer so I can trash it if it fails, or merge it down if I like the result: 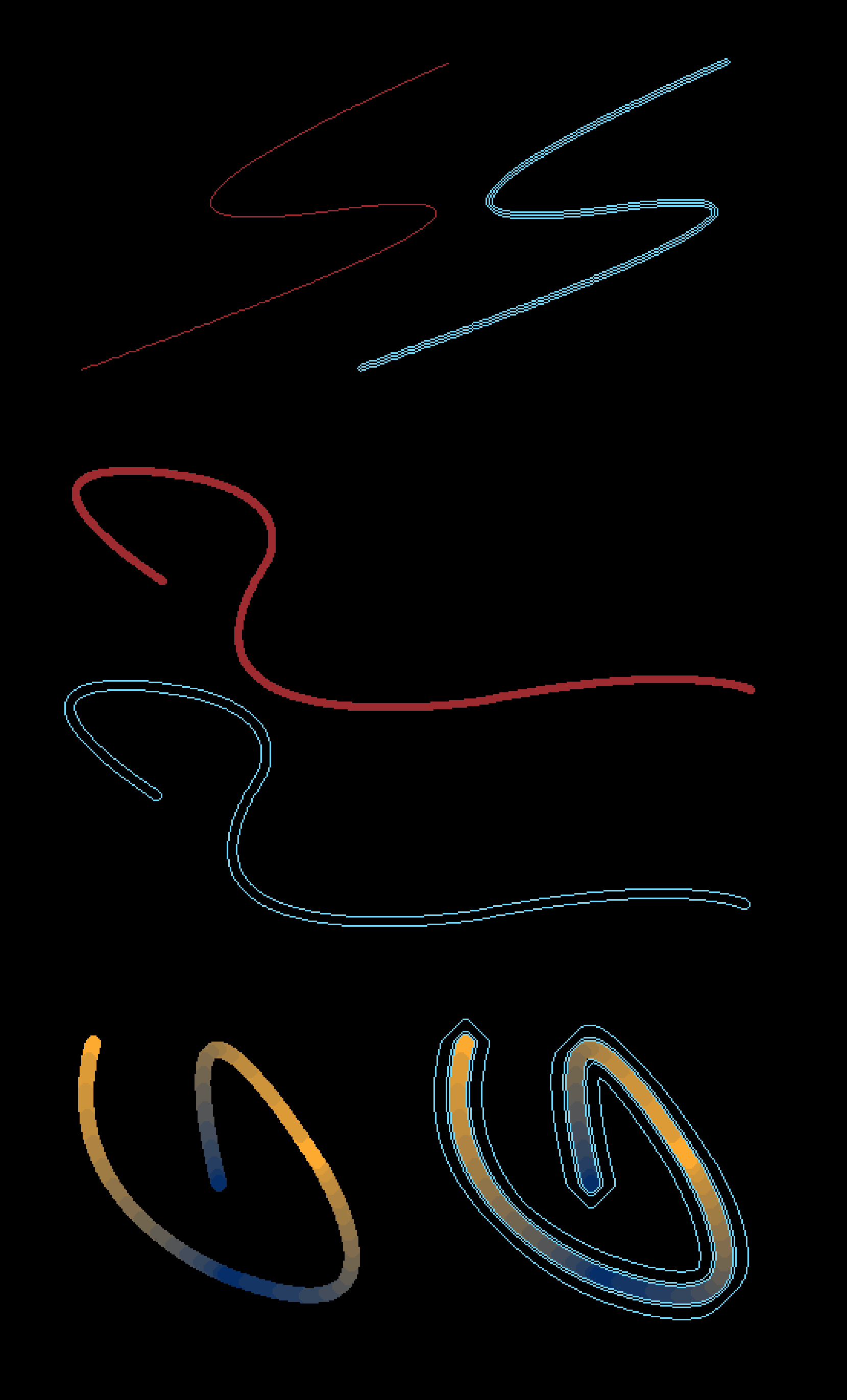 Image above shows 3 different curvy lines all done with zero manual drawing/painting, just curve tool used a few times to create a snakey line (red) and then border function (cyan).
What I did: After creating curved lines, capture result as a brush. Then use one of the Brush > Border options to alter current brush, creating precise 1px borders, then just stamp down wherever.
Bottom example with yellow/blue gradient, I used Mode > Color Cycle then Brush > Border to modify my currently sampled brush, then stamped it down on top of the gradient line. Not perfect, as you can see, but doing it all manually with the same level of precision would take astronomically longer.

I dig the brush stamping thing you’re suggesting, too. The pipe segment example.
Tried some stuff but found an annoying issue when trying to draw a series of brush stamps along a curve.

Each brush stamp automatically rotating to adhere to the direction of the curve would be a welcome feature.
Adobe Illustrator and Photoshop both already offer very robust path drawing features (to do exactly what you’re describing, and more) so they provide more than enough reference if PMNG wanted ideas.

(@jan.cosmigo If interested, I can provide plenty of information/examples found in Adobe software.)

Hi Abyss, Welcome to the forum!

The curve tool is already available in PMNG. It’s the 2nd tool in your toolbar, you might’ve just missed it cause it’s a nested tool, when you long press on it, it’ll pop up like a context menu.
The only thing that makes it behind other programs is that you can’t make it split into multiple segments and extend it as needed.

As for “implementing the color wheel or more standard color picker type thing”, i don’t understand what you mean? Maybe you might’ve missed it in PMNG too? 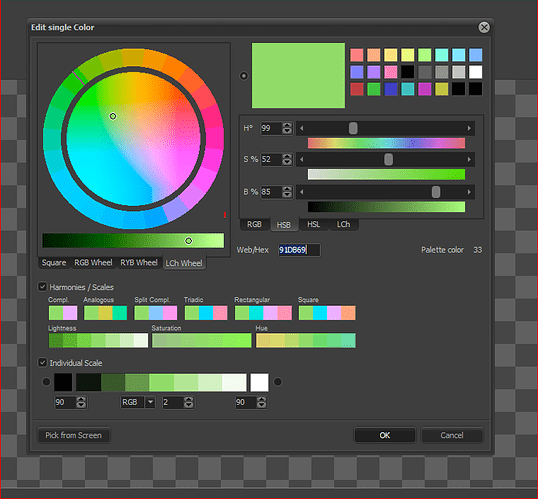 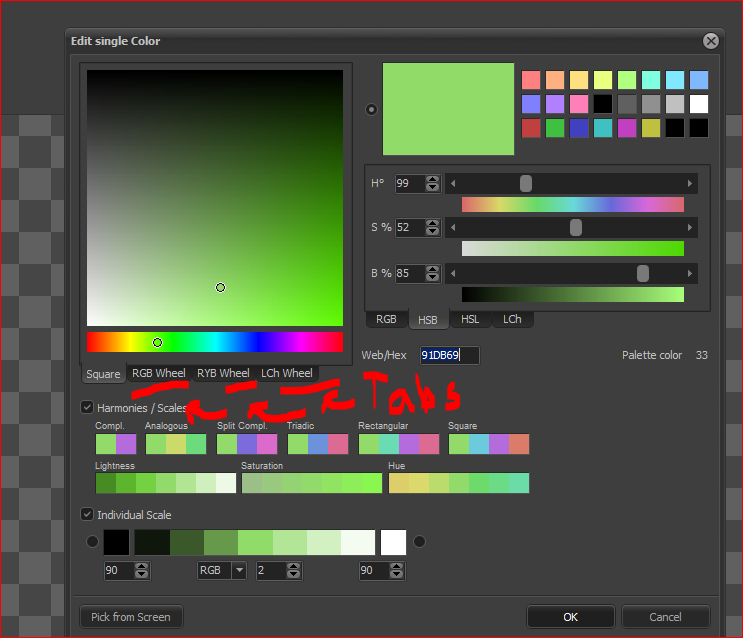 The power to customize colors in PMNG provides the most options and features than most mainstream gfx software i know.

As for rotating the brush instance stamp to follow the curve path created, that is definitely something i want too!

The only thing that makes it behind other programs is that you can’t make it split into multiple segments and extend it as needed.

As for “implementing the color wheel or more standard color picker type thing”, i don’t understand what you mean? Maybe you might’ve missed it in PMNG too?

Note how it says in your image “Edit single color”

I want to be able to pick the color without going into the sub-menus seamlessly, each extra click is loss of efficiency:

8FwoSu0.gif705×579
I don’t even mind if it’s limited to 256 colors as-long as we can easily pick those 256 colors like that as im not interested in shading as much as i do that in photoshop, but line-art like, you can see why curve tool would matter a lot with that stuff cause you use them everywhere in there

HPp7SaJ.png1032×405
Possible implementation would be it’d automatically make a new color index if the new color you picked is not a duplicate of a color you already have, if it is it’d instead pick that color (although i don’t think that part is as necessary cause eyedropper exists after-all)
Something like: 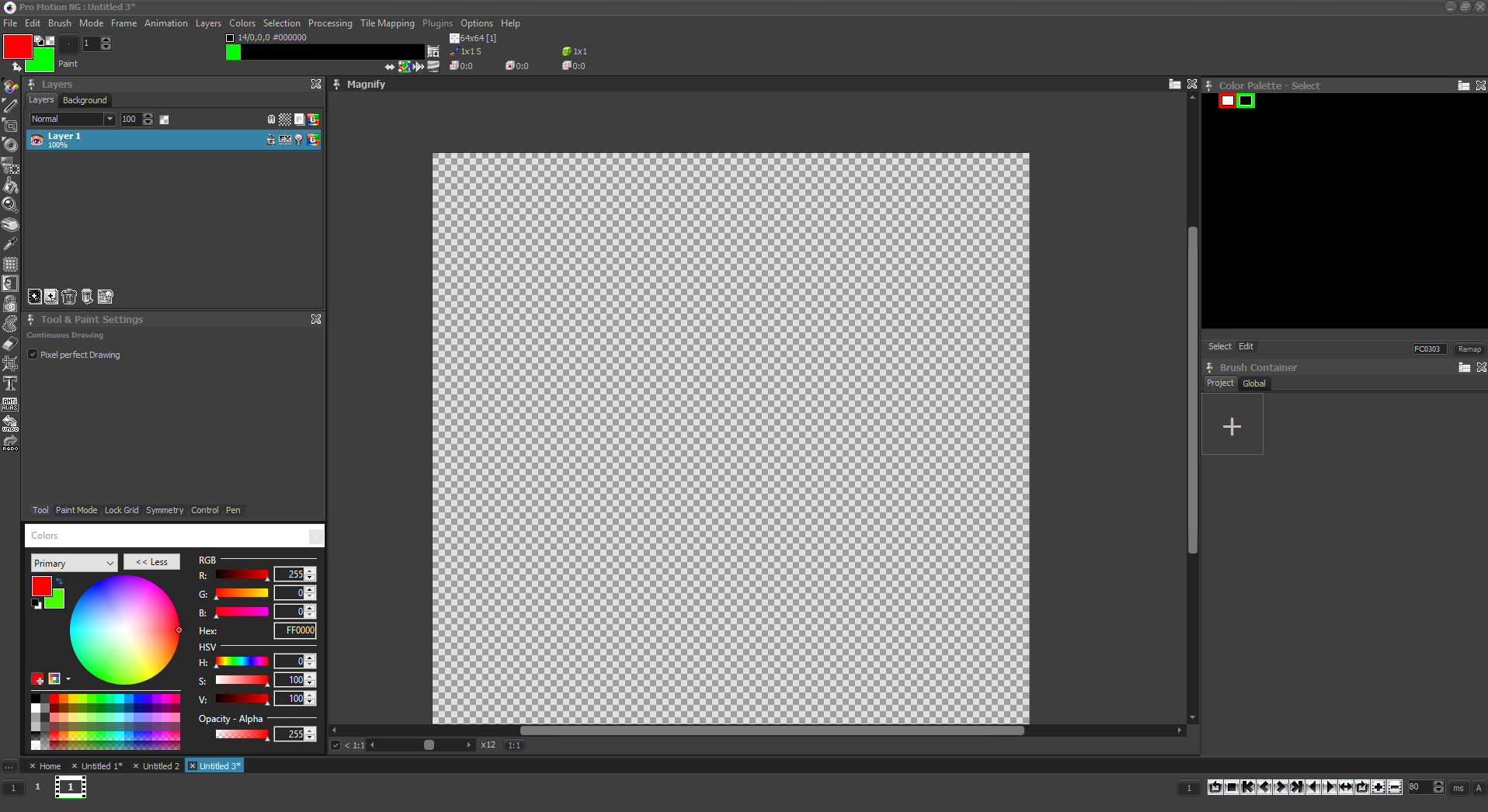 YES! Anything to do with streamlining the adding of colors/modifying your palette in PMNG I am 100% in favor of.
It’s a subject I’ve been wanting to address ever since I started working in Pro Motion, but haven’t felt well versed/knowledgeable enough to approach it. Mainly because I’ve been creating my palettes in Photoshop where I have the power needed to make very fine specific adjustments to color.

But first of all - have you gotten through this video? Might inform you as to a few things you haven’t noticed, etc. (I recommend 1.5x playback speed heHe)

Linear ramps and such are easy to create in PMNG, but modifying them is where the trouble really comes in, for me.

Dennis Busch (who often goes by 0xDB) actually created a Photoshop-esque color balance plugin for PMNG but last I tried, it was pretty buggy and crashed a lot. Natively implementing it into PMNG would be a dream.
I need to be able to intelligently alter the hue/sat/value of shadows/midtones/highlights selectively when customizing colors in PMNG. Doing so right now with PMNG’s current color palette tools is very unrealistic.

A toggle switch, that if turned ON, that would let us pick new colors on the fly and use them to draw with doesn’t seem unreasonable. New colors being automatically added to the project’s palette if used in the canvas.

Of course doing this a lot would result in a pretty messy palette after a while - new colors popping up arbitrarily in the next available color slot as you doodle around. After a point you’d probably want to turn this free color adding mode OFF and then organize your palette into logical ramps/groups so you can organize your gradients and such in the Gradient Manager and enable yourself to use the ever powerful Multi Shade mode.

And this idea would entail making the “Edit single color” pop up window a constant panel we would always have access to so we could quickly pick a new foreground/background color WITHOUT altering a color already in the palette.

I’m sure actually implementing this into PMNG poses some hidden challenges/problems, but I think the idea sounds good.